The Melodeon Factory on the East Poultney Green is one of the oldest buildings in Poultney and is one of the only remaining buildings representative of Poultney’s early industrial era. Built in 1810 as a blacksmith shop, the second floor was added in 1852 to create the Melodeon Factory, which flourished during the middle of the 19th century as the largest manufacturer of melodeons outside Boston or New York (See Melodeon Making in East Poultney, Vermont). Since 1954, it has served as a museum for the Poultney Historical Society to display and interpret artifacts.

Several years ago, the south wall suffered a catastrophic collapse, threatening the entire building. Engineer Mark Atwood of Ground-Up Engineering, Architect Tom Keefe of Keefe & Wesner and Dan Querrey of Querrey Industrial responded to the call to assess the situation, shore up the building and develop a plan. After stabilizing the building with steel beams inside and wooden supports outside, the team could then begin to address the overall restoration.

The work proceeded, following the plan. The entire second floor was raised on steel beams. The first-floor brick walls were removed, saving as many bricks as possible. With excavation, drainage has been improved and a below-frost foundation poured.

The brick walls were re-lain  on a stone base and windows repaired and restored. When complete, the second floor was lowered back to rest on the new brick walls.

These photos show the progress in the Melodeon Factory restoration. Click on each photo to see an enlarged image and a description. 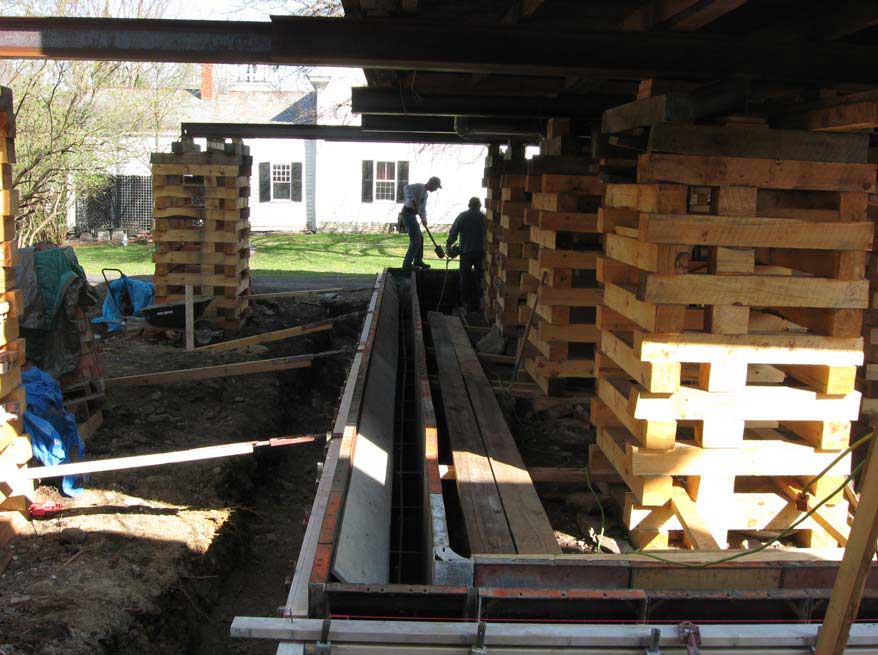 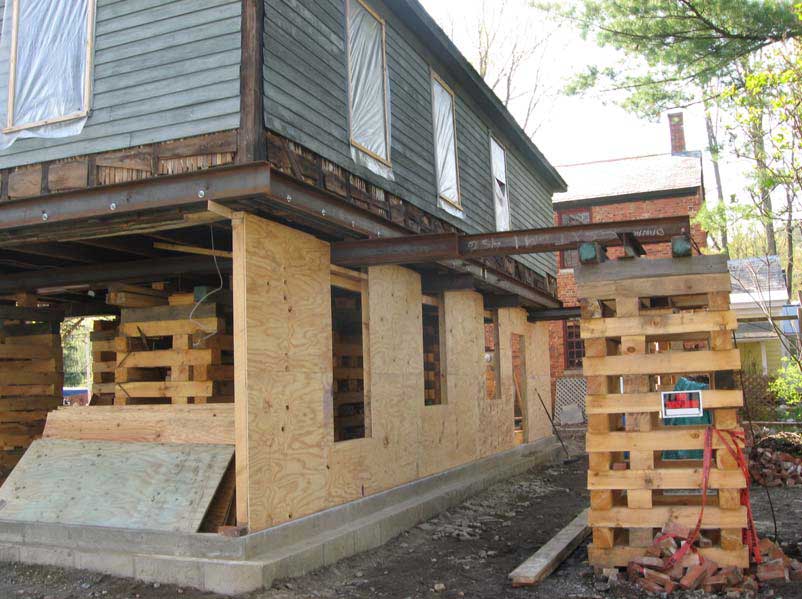 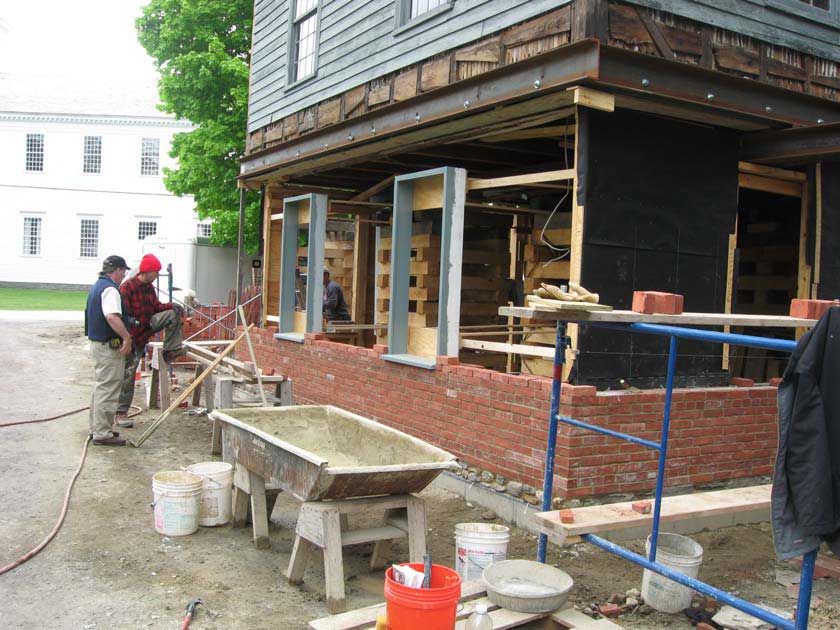 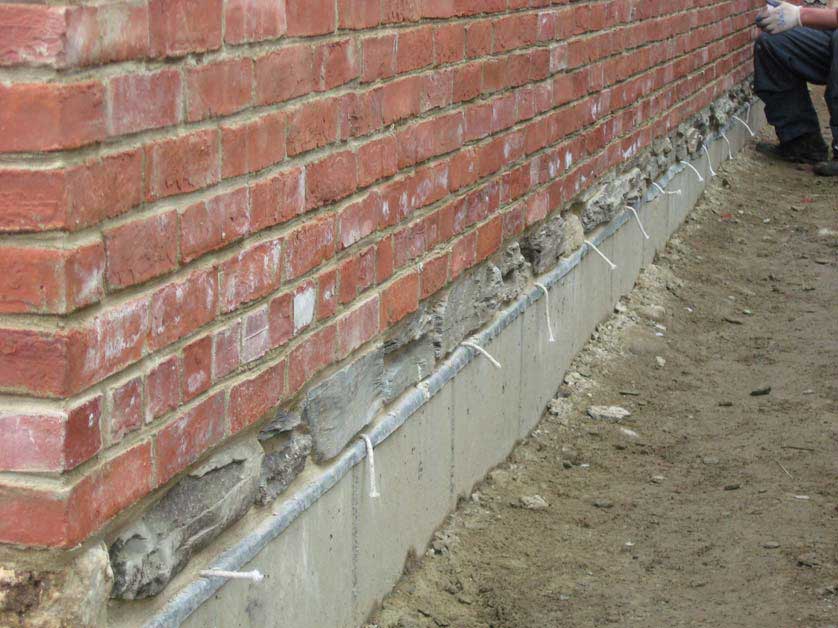 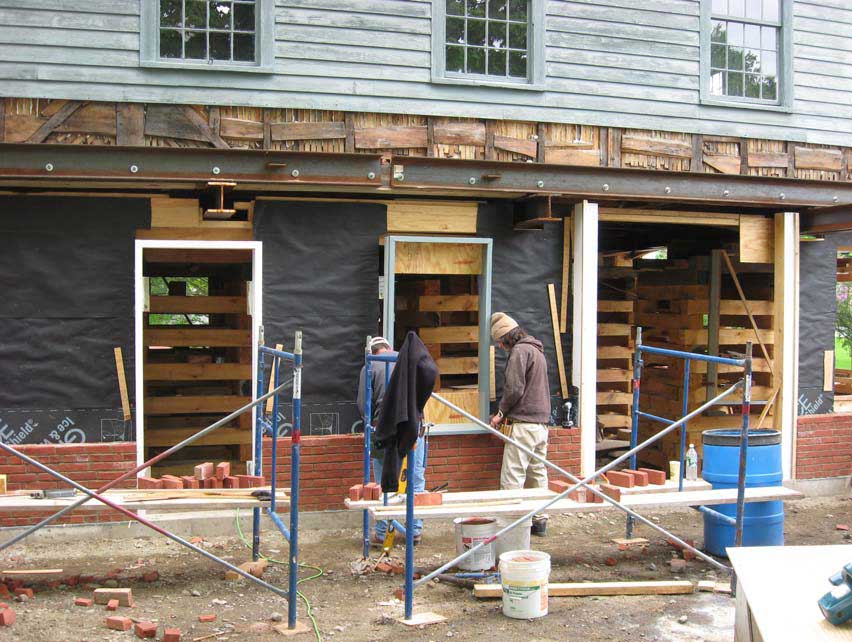 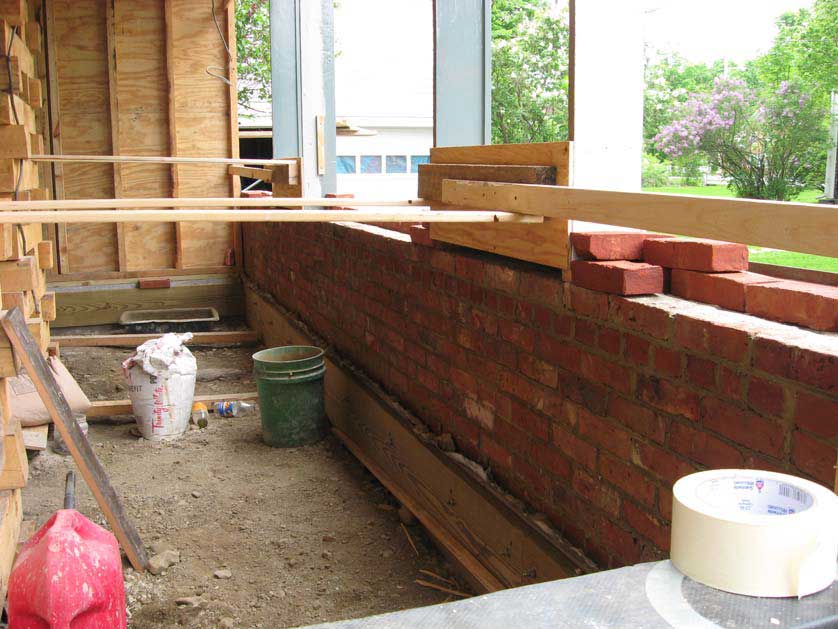 To accomplish the work the Poultney Historical Society has sought financial support from local, state and federal sources, both public and private. The project has been supported by generous gifts from individual Society members and supporters both local and national.

The project also received support from an anonymous national foundation and a $30,000 grant from the Vermont Housing and Conservation Board. Poultney voters approved a $10,000 budget item for the project at the 2007 town meeting.

The Present and Future: You Can Help

We completed the project in 2008 and celebrated with a grand re-opening of the Melodeon Factory Museum on East Poultney Day (August 9, 2008) including a ribbon-cutting by Vermont’s Governor Jim Douglas.

The building is now the repository of the familiar and the unusual, a number of permanent exhibits that tell the story not only of the Melodeon Factory itself, but also of the era in which it was an important industry.

As with many construction projects, anticipated costs exceeded original estimates and fund-raising efforts continue. These funds will make possible critical maintenance in the Society’s two other buildings, the 1791 Union Academy and the 1896 Schoolhouse.

Donations to the Poultney Historical Society are fully tax deductible and may be directed toward the maintenance of the three historic buildings on the East Poultney green. Contributions are payable to the Poultney Historical Society, and can be mailed to PO Box 605, East Poultney, Vermont 05741. Alternatively, you may visit our online Store on this site and make a donation to the Society by PayPal.